To no surprise, the Black community has secured yet another victory and this time, it’s in the gaming industry.

In case you missed it, popular gaming franchise Call of Duty recently launched its 18th installment featuring British actor Chiké Okonkwo as the lead character, Arthur Kingsley. It was a historic launch as the role made him the first Black character to have a campaign storyline.

Activision and Sledgehammer Games’ Call of Duty: Vanguard — which hit the market on Nov. 5, 2021 — is inspired by British paratrooper Sergeant Sidney Cornell, the first Black British soldier to land on D-Day.  Chiké Okonkwo’s role as Kingsley leads him into Operation Tonga before later joining a special operation task force callsign Vanguard to fight in World War II and bring victory for the Allied powers.

The opportunity to portray Kingsley was a privilege and call-to-action for Chiké Okonkwo who was intrigued by the opportunity to tell an impactful story that represents the men and women who lived and fought during the WWII conflict.

“I feel strongly about representation and equity. As a storyteller, it’s a real privilege to tell a story that is based on a true story,” Okonkwo told AfroTech exclusively. “What we are learning from Call of Duty, is that these stories represent a whole number of Black men and women who fought for the United States, the United Kingdom, and the coalition of allied forces to fight against the axis of evil. They are not just characters but real stories that have always existed throughout our history.”

Sledgehammer Games also showed the importance of equity and representation by placing Black talent at the forefront, which ensured the gaming experience not only displayed realistic adaptations but also captured the essence of Kingsley’s story.

In addition, global Black military historian Selena Carty was hired to ensure realism rather than imagination was at the premise of the project. American fiction writer Tochi Onyebuchi also hopped on board to breathe life into Arthur Kingsley’s story. What’s more, is that Sledgehammer Games sets the distinction between performative action and allyship by using its influence to hire Black talent to spearhead a story that highlights a marginalized group.

“The fact that there is Selena Cartys in the world is so important to me because I’ve always known that there were so many Black men and women of African origin, whose stories were just covered up intentionally,” Chiké Okonkwo said. “For Selena to have devoted her life to uncovering these stories in the military, has been so helpful to bring Kingsley to life. I have to give her and Sledgehammer Games so many props for the work they do in making sure these stories are not forgotten.”

He continued: “Then there’s Tochi Onyebuchi who took a lot of what he learned from Selena and from the other historians to give Arthur Kingsley his voice. But also Sledgehammer Games gave Tochi a voice and the chance to make stories that are specific and unique. That is what real allyship looks like.” 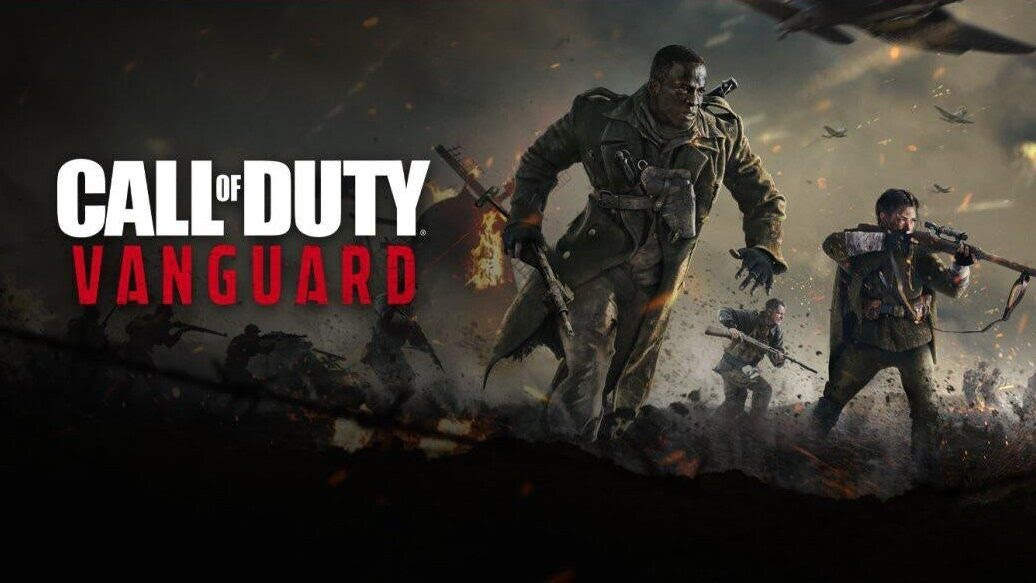 For Okonkwo, the “Call of Duty” production provided many mind-boggling firsts.

Alongside his comrades, which include gaming veteran Laura Bailey, he had the opportunity to sport a motion capture suit which had to be calibrated by a massive computer to capture the actor’s full-body micro-movements. There was also a dome surrounded by an endless array of cameras capturing every facial impression one could imagine.

When it became time for Okonkwo to put his acting skills to the test, he affirms the experience was one of the most creative projects he has graced but one of the most challenging. While on the set of Call of Duty: Vanguard, the actor shot long scenes up to eight minutes.

Unlike shooting for television, where actors can take various cuts if a mistake occurred, the gaming actors would have to restart the process. The experience proved to be substantial for Okonkwo who learned to become very technical to avoid blunders.

“The gaming experience was so unique. There is always a camera directly on your face, capturing your movements. This made me more aware of my whole body as a tool for storytelling,” Okonkwo said. “I was really able to portray this leader and have the exact movements, the exact thoughts, the exact emotion that Arthur Kingsley would have.”

Chiké Okonkwo Wants Black Kids To See Themselves As Heroes

Call of Duty’s fan base boasts one of the most passionate fan bases in the gaming industry. It comes as no surprise that Call of Duty: Vanguard earned a top spot for the best-selling game nationwide for the month of November 2021.

While the game has undoubtedly already landed in the hands of over 40,000 people across the globe, Okonkwo does not take for granted the historical impact of becoming the first Black individual to be featured in the first-person player game.

“It will be important for a Black kid in Boise, Idaho, Virginia, in Holland, or wherever who is gonna pick up this game to see themselves as a hero as a Black man,” Okonkwo told AfroTech. “It’s been part of my goal as an actor, to tell global stories and show different facets of what it is to be a human being through the characters that I play in. Call of Duty has been exactly that to help share our humanity and for people to see themselves as a hero in all of Kingsley’s boots.”

Editorial Note: This interview has been edited and condensed for clarity.

Samantha Dorisca is a Houston-based journalist and photographer whose mission is to impact communities through the gift of storytelling using the written word or visual media. She completed her B.A at The University of Texas at Austin and is pursuing a M.A at The University of Memphis. Her work can be found on platforms such as Houstonia Magazine, Girls' Life Magazine, and Blacque Magazine. Samantha mainly reports on tech, trends, and entrepreneurship.